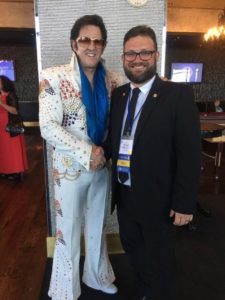 This year I went with a new topic which I felt would appeal to a wide range of students (in the past it had been on how Technology could help with studies). This new topic was on career guidance and tips and tricks on how to get, keep and if needed move to another job. I got an interesting response to my application, the Summit had a different topic they were keen for me to co-present on in a panel style (I will talk more about this in part two).

The day before I was due to fly to Adelaide, I was contacted by the Summit’s organisers. One of the presenters had needed to withdraw and I was asked to present on both the panel as well as my original submission. I was blown away by this and upon looking at my application vs the work I had done there was quite a big shortfall. I would need to adapt with some of my own knowledge and experience to present at this level and meet my original application requirements.

While I had given a presentation twice internally for Griffith University, it was based on a workshop I had attended presented by Fiona Newton and her organisation Productive Events and Training. I knew I could not meet this so I sent back what I had to the conference organisers and they loved it. So now I was presenting a second workshop and I had only 24hrs to prepare.

I have read two really great books on how to present, SpeakEasy by Maggie Erye (whom I met at THETA 2017, in Auckland, NZ) and The Presentation Secrets of Steve Jobs: How to Be Insanely Great in Front of Any Audience by Carmine Gallo. These books, along with a lot of other literature, clearly state that preparation is the key to any good presentation. I did not have this and instead of practicing I was busy updating my hand-outs for my audience members (right up to the final deadline that would allow them to be printed in time to actually be given out).

In the past I have generally undertaken a practice run the day before and, if I can gain access to my presentation room, one more on the day to help familiarise myself with the room layout. On this occasion only I arrived about 5 mins before I was going to present and had to do all this ad-hoc. 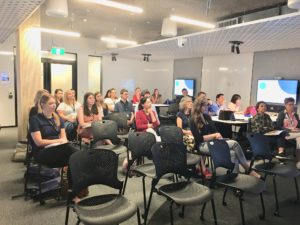 Why did I only get there five mins before? Well just before my presentation there was a really interesting keynote presenter who had attached an ear to his left arm. I am not joking as Stelarc is a performance artist who has visually probed and acoustically amplified his body. As someone who would like to give keynote presentations in the future, I was really blown away with Stelarc’s style, and the shock value I felt that really brought me in as an audience member. I am not sure this is my style but as I have felt from attending other summits was that my eyes were opened to the many ways that we in the 21st century can truly create our paths in whatever we want.

But I digress, my presentation gave me what felt like a moment of growth in public speaking. As I said, I had limited preparation and I had to formalise myself with the room and take some self-care (ok a toilet break) to make sure I was ready. I felt the pressure rushing and I heard a voice inside me say “slow down, if I go fast I will make mistakes, the best way to get this done is to slow down”. My handouts had not arrived and I had to email my slides to presenting computer, then use my laptop for my notes (it all felt really underprepared). In the past I had delivered this as a 30 min presentation only, given this presentation was set down for 45 minutes I had to fill space. I started with my journey from both a professional and personal perspective along with my Academic (Bachelor of Information Technology at Griffith University) and the value I have received as a Golden Key member. This really allowed me to settle into presenting and before long my hand-outs were being given out and it was easy to keep going.

I continued through my content and worked really hard to engage the audience as much as possible through questions and even using a known guest in the audience (one of the keynote speakers that I had met at previous summits) Gord Zeilstra. When I could not get much feedback I was able to put these questions to Gord and he nailed the responses everytime. It really helped to keep the momentum going. 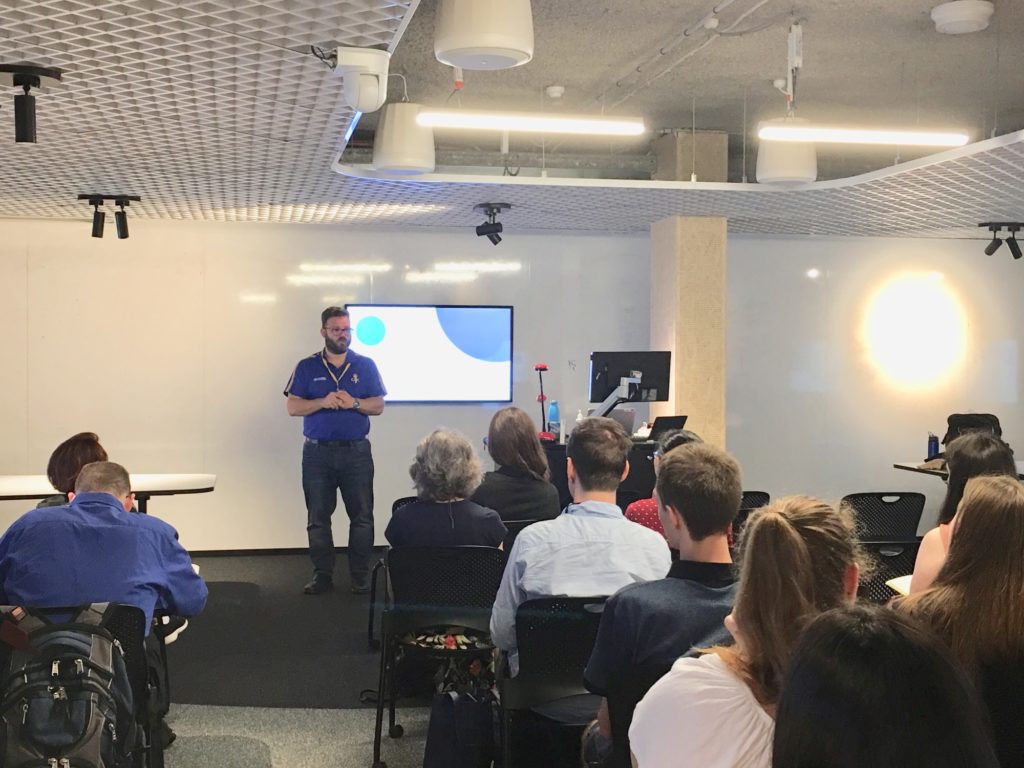 I have been to several other summits and seen some wonderful speakers in the past (check out Michael Crossland). I had a moment where I thought, I have never tried this, but what happens if I just do it and see what happens. 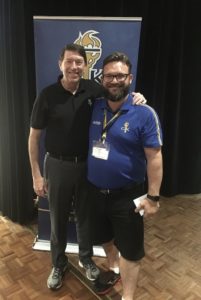 I asked the audience to use the blank page at the back of their handouts to draw three columns, in the first column I asked them to write “Start doing”. I remember another keynote speaker (Nigel Collin CSP) talking about doing “Just one thing”. I asked my audience to do, “Just write one thing down”. This worked really well and I had several audience members willing to share what they had, including Gord. I continued with the next two columns “Stop Doing” and “Keep Doing”, I shared my own items that I had written down to keep things authentic and show that I was happy to be open and honest about what I was trying to convey. Just doing that one thing each day can change your life.

I was blown away with how successful for myself a presenter this presentation was, I had several audience members who thanked me for a great presentation. I really enjoyed it and even reminded myself of a few things that I need to change based on the content I delivered.

I was also really touched when Brad Rainey, Executive Director, Golden Key International thanked me for filling in at short notice. My thanks also go out to the summit planning team, Izzy Pinto, Elyse Heslehurst and Andrea Besnard.

I go into more detail about this experience in a monthly podcast that I co-host with Brodie Greig. The MikeznBrodz podcast covers Technology, Career Advice and Personal Development. The latest Episode (05) has just been released! 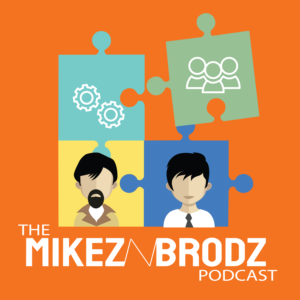